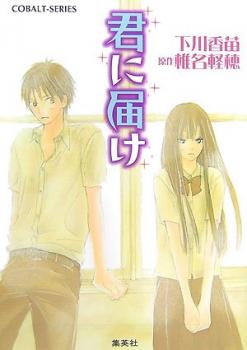 Sawako Kuronuma, called Sadako by her classmates for her resemblance to the character Samara from ‘The Ring’ (a popular Japanese horror movie), has always been feared and misunderstood because of her appearance. There are rumors that Sawako can see ghosts and curse people. But when her idol, the popular Kazehaya, begins talking with her, everything changes. She finds herself in a new world, making new friends and talking to different people. Sawako opens up to new people, making it easy for them to hurt her or help her. Which will her new friends do?