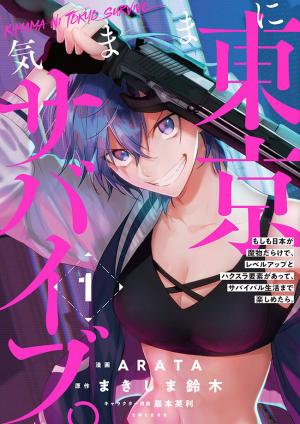 White-collar worker Gotou Shizuka is attacked by a slasher who suddenly appears in the heart of the shopping district. Just as she is lost to her wounds, she hears a voice ring in her head.

“You have been defeated. Commencing termination countdown.”

Due to the counsel of the “Night Guide (Guidance),” she narrowly escapes death and awakens with an ability that ordinary people do not possesses. In the same instance, this world became connected with another and monsters begin to spring forth…

Gotou makes a decision to fight against these monsters. With her positive nature and bold and carefree attitude, she throws herself into the heat of the battle while leveling up and making weapons.