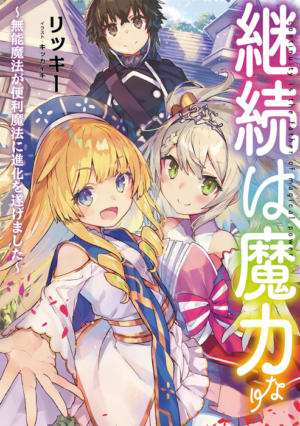 “Need magic power and aptitude to use magic”

I knew this in my childhood. But I still do not know the aptitude magic …. So you should train your magic until you understand it! And every day, I, in my free time, kept silent on my magic in my own way …. And as time passes, we know that aptitude magic is “creation magic”. I was delighted to think that creation magic is a hit. However, the surrounding adults were sad when they knew that it was creation magic … for some reason …. “Creativity magic is rare, but it’s incompetent magic.” Apparently, creation magic seems to be an incompetent magic that wastes the use of magic and can not make even simple things. I tried actually … but I could not really create anything. However, while trying repeatedly, I found a secret of a creation magic. And, using the magic that has been trained so far, i will turn incompetent magic into useful magic!