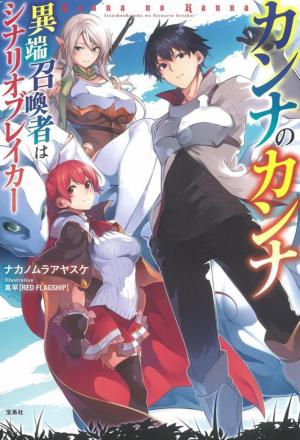 Kamishiro Kanna was summoned to another world to be a hero, but the one who summoned him was a scheming princess, and when his mana measurement showed 0, he was to be gotten rid of. Together with an half-elf kyonyuu silver haired bishoujo he met in the palace’s prison, they escaped on a dragon she summoned.

The thing Kanna didn’t know was that 3 days after his escape from the palace, the princess did another summoning and summoned 3 high school students who happened to be his close friends.