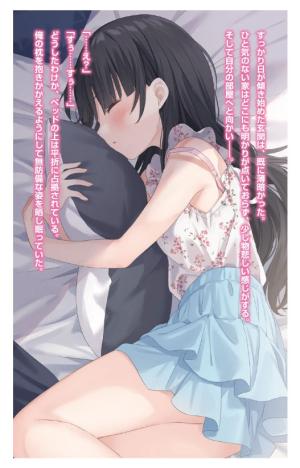 Kurai Subaru of high school 2nd grade who loves games. His father remarried 5 years ago, and he lives with his younger stepsister, Hiyori, who attends the same high school as his. Although he was not dissatisfied with his life, there was a wall between him and his quiet younger stepsister Hiyori, which he was unable to break open. One day, Subaru was supposed to meet with a best friend who he became so – online for the first time ……”You got to be kidding me” ― To his surprise, the transcendental beauty that appeared in front of him happened to be his younger stepsister, Hiyori! He couldn’t hide his surprise on seeing the gap between the plain and quiet Hiyori and the unexpected true identity of his online best friend being the same person. Even though they are supposed to be friends who can talk about anything over the game screen, they got tongue-locked when they face-to-face with each other …… Under the same roof with a pretty-girl, and the boy who is at the start of his adolescence attending as a high school student, a heart-melting love comedy!