Just the Two of Us in this Vast World 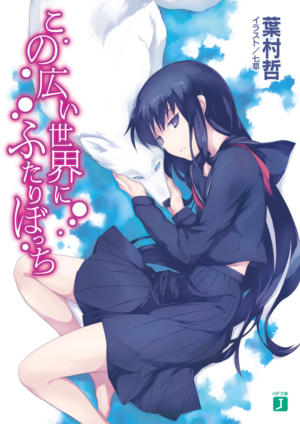 Tsukagi Saki’s life had never been of interest to her.

However, one night as she walked the path that lay on the boundary between the forest and the city, she met an encounter that would irrevocably change the course of her life.

As dim street lights flickered weakly, a pure white wolf faced the young girl, overlooked by the brilliance of the new moon. It was an odd request from a character no one would ever expect, and yet nothing felt more right to Saki. So she accepted.

And on that cold winter night, with the union of these two solitary entities, a fundamental shift took place as ‘legends’ began to overflow into the world as they knew it.

This, was where everything began. The story of a girl, a wolf, and their struggle as their worlds begin to crumble.