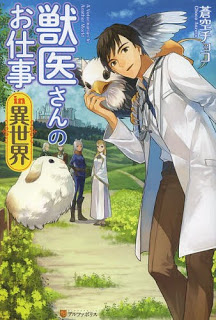 「But, I’m only a mere veterinarian.」

However, never underestimate a fantasy world. This world has dragons, monsters, and many other races. The difference of language, magic, food, religion, common sense, and many other aspects from Earth were also endless.

Even so, the veterinarian becomes a public servant and for the time being performing autopsies, medicine making, and improving agriculture.

Not as a hero, not as a doctor, but as a veterinarian, and this is the story of how he do his best in making this another world as his new house.