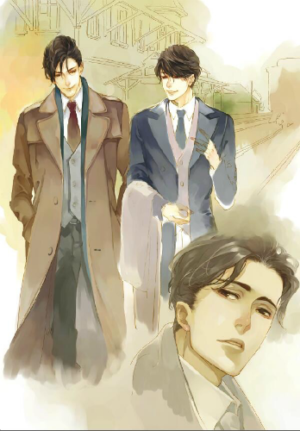 Xuan Huaifeng hated that person to the very core. If not for what he did, somehow sneaking into his room that night, his father wouldn’t have sent him all the way to England for studies. If not for him… he would not have to part with his beloved.

But in an era of pretentiousness and instability, nobody can guarantee absolute power and status. Once the son of a commander, he had fallen. He, once an aristocrat, had become a meager teacher.

When things could not have gotten any worse, he appeared — that person, his old classmate, and now Chief of Customs. Bai Xuelan was his name.