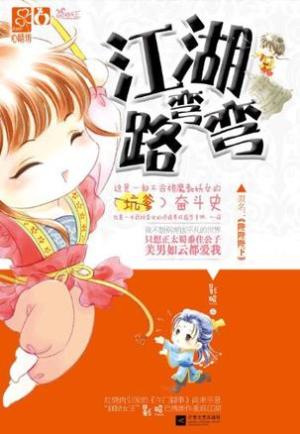 Alone, Pang Wan entered the Jiang Hu[1]. Her dream was to become a pure lady [2], to find her destined other half.

To fulfill this dream, everyday, she would dress elegantly in white and sit in the teahouse to admire handsome men and read her novels.

She heard, the demonesses [3] related to Jiang Hu were all, depending on their martial arts capabilities, divided into groups of three, six and nine.

Currently, the evil woman, who had the beauty of a blossoming flower, who had a heart like snakes and scorpions, who could kill at such a young age, was a once in a century’s peerless demoness.

She also heard that the demoness had came down the mountains to challenge the Wu Lin [4] champion Gu Xi Ju, to take the title of number one and to wreck havoc in the Jiang Hu.

Yet again she heard that all those who had decent martial arts skills vowed to get rid of this witch.

Aiyaya, it’s not good! Isn’t this demoness her? She did not kill the person! She did not start the fire!

This infamous name of the demoness is also not what she wanted!

[1] Literally translated as rivers and lakes. Refers to the pugilist world.

[2] Direct translation: A lady like a White Lotus, meaning pure.

[3] Not exactly the supernatural kind. It’s kind of a name for the women of Jiang Hu.