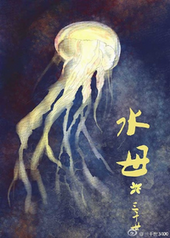 The jellyfish is one of the oldest lifeforms on Earth.

On this day, a jellyfish that was deeply asleep woke up, walking into the human world.

Things to know before reading:

2. There is cultivation, there is supernatural, there is showbiz, there are catfights, all in all it’s a silly novel with a mix of everything.

3. The whole novel is pure… do you believe it? Anyways, I think so.

In this life, Hua Ji’s greatest regret was going to Hawaii for a vacation.

Otherwise he would not be tragically chased by a vampire without end, until he ended up in a situation where the only place to run would be to “run into the sea”.

What was unexpected was, in this era where every living thing had a soul, he would accidentally step on an entirely transparent jellyfish that looked like cling film. A jellyfish that existed since the beginning of the ages.

Even though he was also a little fox that lived for two hundred years, in the end he was only someone third-tier in the entertainment circle.

When compared to this jellyfish who had attended the diamond jubilee of the Kangxi Emperor, Hua Ji could only feel that he was really subpar……