It’s True, My Husband is An Actor! 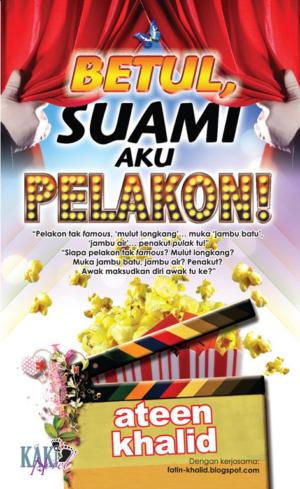 An incident with an awkward situation that happened on the dusk destined Irfan Danish… an actor to meet with Aliya Marissa, a university student who just happened to have her semester break in her hometown.

Irfan: “Yesterday, it was you, right?”

Aliya: “Yes, it’s me! What? You think you are the only one who could make your eyes look bigger? I can do it too!”

Aliya: “How come it’s my fault? You’re the coward one. You ran with your tail between your legs. You called yourself a male but your heart was filled with flowers and you screamed like a girl. You freaking rude transvestite!”

Somehow, their fight turned into a marriage. Since Aliya was still a student… she wanted to hide her status. If everyone knew she married with an actor, there would be an uproar in the university!

As they pulled a prank on each other, love came between them. However, both of them denied their feelings. A mistake by Irfan and secrets that they kept from each other caused their situation into a mess.

TL’s Note: This is written in half 3rd person POV so better get ready.