It’s Over! The Major General is Bent! 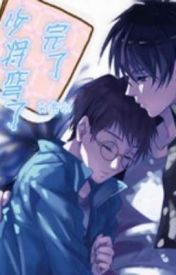 When the youth found himself transmigrated into the interstellar world, he was ignorant. The kind of ignorance that is on par with the primitive people crossing over into modern society. He has become one, a primitive person to be exact.

Good thing that with a beautiful pale skin and long legs, this super thick golden thigh beside him is available to hold on to. Such a cold lofty Lord can easily lift you up to the sky and fly.

But what if one day this golden thigh wants to throw you to an unknown territory to muddle along while waiting for death like a dandy, otherwise if you don’t agree you can simply choose to fulfill family piety and be raise in luxury slowly fattening up like pig waiting to be slaughtered.

This absolutely pure straight lad has surely dug a pit, one that took his own self to cover up for a lifetime.

Ahh, this was actually a story of an overbearing interstellar major general who fell in love with a dog like character.

The story otherwise also known as “The whole universe thinks that this straight man who they thought was bent went over and bend their Male God along the way.”

Going to work everyday, on the battleship the subordinates who were forced to stuff dog food by the Major General sneered at the side clearly provoking the youth while saying.