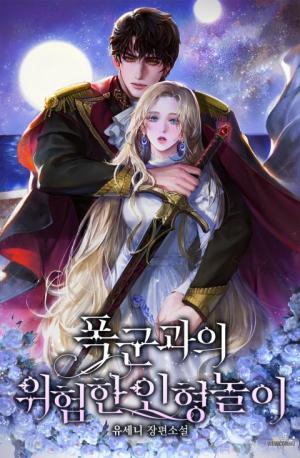 I was reincarnated into a bloody novel famous for its bad ending!

I’m even the last “doll” of the tyrant Emperor, who is suffering from insomnia due to his severe trauma?

I must survive his grasp until the original heroine appears a year later to save the tyrant.

But he’s starting to obsess over me, while I’m thinking about running away to safety?

Even the heroine who appeared earlier than expected is suspicious!

‘Then what about my grand plan to leave the tyrant to the heroine and run away?’

Will I be able to survive safely?

The hairs on my whole body stood up. It was as if a hungry black panther was making a threatening sound.

“I must have told you not to let anyone in.”

I saw golden eyes that seemed to be made by melted honey between scattered black hair.

I was suffocated when I met with those fascinating, but young eyes.

‘You’re not gonna kill me if I make eye contact with you, are you?’

He came close to me while I was distracted for a moment.

I was suffocated as soon as I was surprised.

It was because the emperor, who came closer to me in no time, grabbed my waist and lifted me into the air.

The golden eyes that entranced me shook slightly.

A moment passed, and a husky and low voice flowed through his red lips.

That was the name of the original heroine.

And it was the moment that I officially became a tyrant’s doll.