It’s Better to be the Empress Dowager 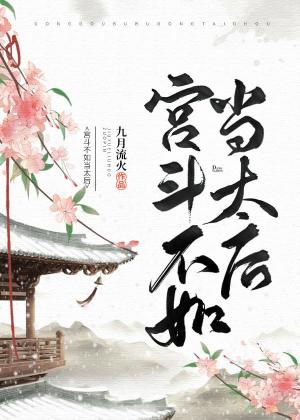 Tang Shishi was the number one beauty in the court. She was arrogant, domineering and aggressive. She accidentally picked up a book and learned that she was just a vicious female second lead in a palace struggle. Later, she would fight for favor with the female lead, and eventually she was ruined and died miserably.

Now, they have just entered the fief of Jing Wang, and the first meeting of the male and female leads has not happened yet. There are two paths before Tang Shishi. The first is to hold the heroine’s thighs tightly and join the female lead camp early; the second is to please the male lead and steal the favor of the female lead.

Tang Shishi knew that the male lead’s adoptive father Jing Wang seemed to be low profile, but in fact he was overly ambitious. In the near future, he will invade the capital and proclaim the emperor before the imperial court, but it is a pity that he passed away before passing the throne to the male lead.

This year, Jing Wang is twenty-four years old, still young, and has yet to marry a wife.

Anyway, she already in the Forbidden City. Instead of being the concubine of the male lead, it is better to be his adopted mother, the empress dowager in one step.

Zhao Chengjun had no intention to get married, so he adopted his subordinate son as his heir. He thought he would be with his army in his whole life.

Later, the imperial family sent a team of beauties to Prince Jing, and the leader was named Tang Shishi.

His young, adopted son and his subordinates also persuaded: Your Highness, this is a beauty trap.

The so-called beauty trap was merely a bait for those who wish.