It’s Annoying Because My Childhood Friend Is An Archmage 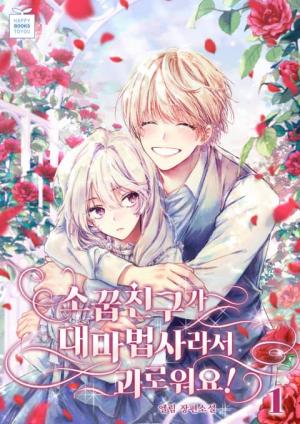 My childhood friend is an archmage.

To be more precise, he’s an archmage that cannot control his powerful mana and occasionally goes on a wild rampage.

“Skyla, would you like to have the empire for your birthday? I’ll make you the emperor!”

The most precise would be an archmage with no common sense and morals.

And I’m still struggling to keep him from destroying the Empire today.

Every single day, the crown prince was dying as he cleaned up after my childhood friend and came to me.

“I need a fiance to inherit the throne. Why don’t we fake an engagement, Lady Skyla?”

“In return after a year, I will send you to the Hebnia empire as it is the place you wanted to go so much.”

Can I finally escape the babysitting from my childhood friend? After dancing with the Crown Prince with such joy…

On the next day, it was reported that the walls of the palace were shattered by powerful mana.

Should I just give up on my life?