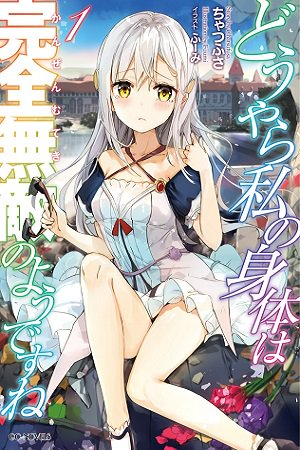 Her wish of wanting to be born with a strong body that absolutely can’t be defeated by anything when she was on the verge of dying in her previous life was granted. This would be a tale of her reincarnating to another world as Mary Regalia, a girl who had a completely invincible body which had strongest attack power, strongest defense power, strongest magic power, highest speed, Physical Attack Nullification, Magical Attack Nullification and her maxed status that can’t be defeated by anything. Moreover, her authority, wealth, and retainers were in an undisputed situation in the Noble society because she was born as a daughter of Duke Regalia’s household. On top of that, she wasn’t overloaded by a feeling of incompleteness because she had memories from her past life. This is a story about Mary’s struggle at hiding her unmatched cheat ability at all cost and her wish to lead an extremely ordinary life.