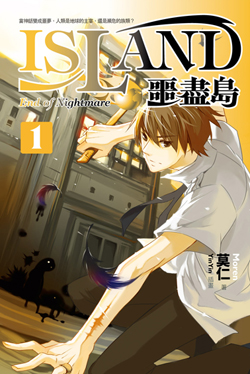 will humankind gain control over the earth,

or will they become an endangered species…?

The immortal world has combined with the mortal world, sending all sorts of mythical creatures. Humans will no longer be the master of the Earth, but an endangered species…

Do ghosts come out on such a brilliant day?

This teenager who had come onto the island to work, felt the Frog God Rock shake, before he heard a voice in his head.

The teenager must make a choice—— “More or less time?”

This ordinary teenager didn’t know his world was about to be changed forever. Later, he’d realise that there were students around the serene school grounds carrying weapons that eliminated “unknown” things and that more monsters were appearing around him everyday. No defense, nowhere to hide.

Had he messed with something he shouldn’t have?

Everything began on that sunny summer day, with the decision of a teenager that forced the future into a different direction…