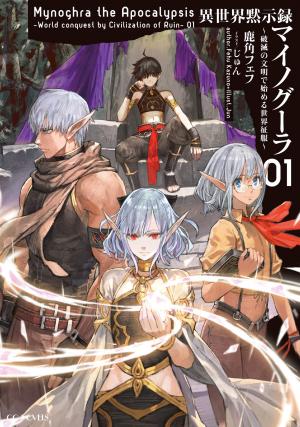 It is safe to say that most of Takuto’s life was spent in the hospital room.

Every day is a series of inspections, and there is almost no time to rest.

The only place where he could find his own worth was inside the well-known nationwide simulation game “Eternal Nations”.

A game that uses various races and nations that exist in the fantasy world to conquer the world.

Yes, he was proud of having achieved the highest difficulty level of “Eternal Nations”, which was said to be impossible for people to clear the game using “Mynoghra”, the most difficult state to use.

Among the players, he is legendary, and of all that because of the existence of a girl in front of him–a unit called Atou.

“I don’t know where this is. It might be the world of “Eternal Nations,” it might be the real world where Takuto-sama was, or maybe a totally different world, but just like those days…… Let’s start with just two of us. Let’s create our own kingdom.”