Is It Really Necessary To Prevent World Destruction? 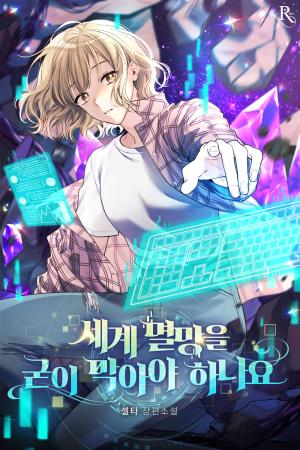 It has been 10 years since the world turned upside down. When gates suddenly started opening and people awakened

[Congratulations! The common characteristic has been revealed.]

The system message that only hunters could see.

In fact, who would have thought that it was a result of pure human labor.

“I think we have seen each other somewhere? right?”

“Can I speak to you casually? It’s awkward to use honorifics on someone I see often.”

The S-Rank civil servant hunter whose hobby was to catch and stalk illegal hunters was talking to her.

“Tell me the reason why you guys are listed as S-Rank on the National Awakening Checklist.”

“Haneul-ah. Quit being the system operator and leave with me.”

“Because you are one of those people who will destroy the world.”

Her older brother, who had been missing for 10 years, suddenly appears and shouts nonsense.