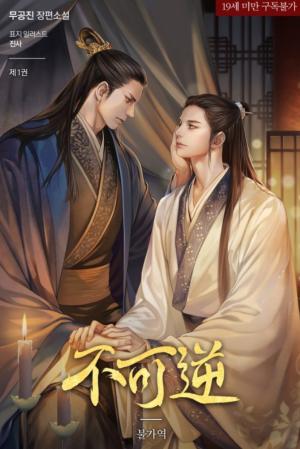 Year five of the unified Chang Empire, San the emperor, who brought peace to the chaotic world, returns to Changchunsung, his home, in disguise. There he runs into Kang, a demigod cast out from heaven and living as a human, and senses a strong attraction. Kang tries to distance himself from San as in Chang, relationships between humans and demigods are forbidden, and he would be executed once his demigod identity was revealed. Unable to disobey the orders of the emperor, Kang decides instead to deceive San. What does San know, and what has Kang forgotten? Bound by a tremendous fate neither can refuse, their lives intertwine yet again.