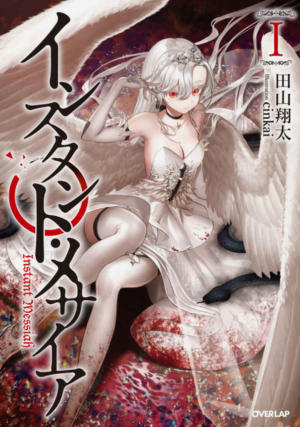 [First Lost] — the first land the demon invasion took hold of from humanity, a heartbreaking incident of a small village that was erased from maps. Beloved families and neighbors killed by the demon army, and only a single boy was left. Ten years pass, and the young man that survived that incident, Nine, sets foot into the demons territory. And thus he kneels to the king of the demons who should be the enemy of his family, his homeland, and says this.

“Your Majesty the Demon King. May I have the privilege of serving you”

Thus Nine stains his hands. As the Demon King’s servant, as humanity’s enemy, with a warped smile damp with blood, as if forgetting the grudges of the past.

This is the story of the revenge of a single, weak human. Using his love and bottomless insanity while putting his life at risk in order to encroach, gnaw at, and to drag those that stole everything from him to destruction.

Aa, for the Demon King who could boast of being the strongest, Crystella, to drag him in was the single worst—