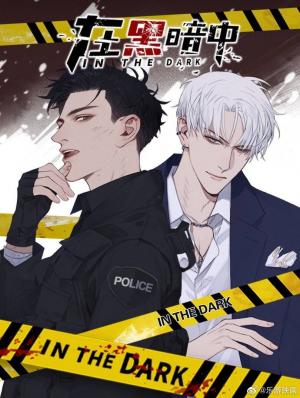 There’s always a pair of eyes looking at you instinctively in the dark.

This article deals with a rather old philosophical paradox—the Ship of Theseus.

In ancient Greek legends, the Athenians enshrined Theseus’ ship as a monument. Over time, the wood on the ship was gradually replaced due to decay, until all the original wood was replaced with new wood.

Is the ship still the original one?

Even if you are in the dark, you also must look for the light. This is a romantic-fiction novel in which a young criminal policeman finds “Who am I?” through the process of solving cases.

The protagonist Xie Lanshan goes undercover for counternarcotics and successfully hid by the side of the largest armed drug pusher in the Golden Triangle, Mu Kun. Still, he continued his mission, but at the last moment, he unexpectedly died.

Unable to bear with the results of the undercover mission, Sui Hong, the captain of the anti-narcotics team, used the latest technology to transplant his memory into a death row prisoner with exactly the same appearance. He continued to complete the mission and concealed it from everyone. Later, Xie Lanshan returned to the Police Force. After he accidentally shot dead a thug, unexpectedly, the memory of the death row prisoner began to wake up……

While investigating the truth about his father’s death, Xie Lanshan solved a homicide case by using the unique and perverted murderer’s way of thinking, while also dealing with his increasingly obvious personality changes and psychological problems. At the same time, the mysterious simulation sketch artist expert Shen Liufei is both an enemy and friend, not only helping him solve cases, but also seemingly approaching deliberately towards him for some kind of purpose.

Realizing that he is a “replacement,” experiencing the betrayal of his relatives, the misunderstanding of his comrades, Xie Lanshan gradually blackened. Eventually, after fully understanding the evilness of humanity, his belief in “good” is reborn and he reaches nirvana. He chooses to become a good policeman, a good person.