In Order to Support Me, Big Shots Kneels Down Before Me! 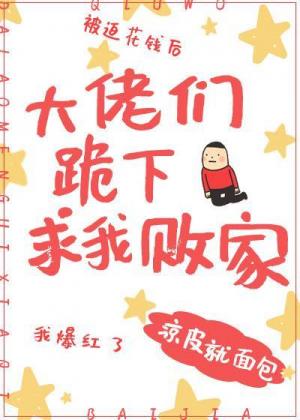 Mu Yao has been living a miserable life by working hard and saving money as much as she can. Meanwhile, her blood-sucking auntie will always take her hard earned money by saying guilt inducing words to Mu Yao about her dead parents.

The foreman of her performance group owed her many of her wages, while, the brother next door, who she had a engagement deal with, hooked up with a Bai Fumei (White, rich and beautiful girl) and abandoned her.

One night, when Mu Yao went to the vegetable market in order to grab groceries at discounted price, three elegant and luxurious cars suddenly stopped right in front of her.

The three handsome guys, who looks like stars, walked towards Mu Yao together.

Each of them took out a black card and said: “Sister! Come home with us!”

Her three brothers were reborn, so they knew about Mu Yao being their long-lost little sister.

In their last life, Mu Chunchun, the adopted daughter who was regarded by the family as their own child, has been trying hard to prevent Mu Yao being found by the Mu Family.

Now that they were reborn, they are determined to give double the favor and wealth robbed by Mu Chunchun to Mu Yao!

Almost every big shot with a good looks are holding big gifts and begging Mu Yao to spend their money.