In a World Filled with Deserts, an Old Man with Electronic Money 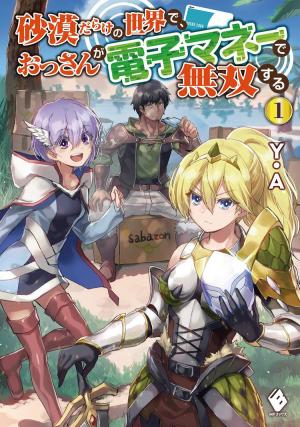 When a hapless office worker, Kato Taro (Middle-aged, single) woke up, he found himself in a different world filled with deserts called the 『Great Desert.』

Taro was summoned as a 『World Reformer』to improve the world, but the king saw his a middle-aged man and has a dull appearance so he declared the summoning a failure. In the end Taro was banished to another city, but the sandship he was aboard on was attacked by a swarm of monsters called Sand Beasts.

But Taro managed to escape and decided to wander the desert

However his discovery of an oasis marks a turning point for Taro! With his encounter with beautiful girls (?) and acquiring a rare skill called 『Internet Shopping』 The old man decided to live in the desert as he pleases!