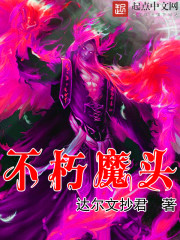 Only the cultivators can represent the truth under this dark, starry sky! They are still regarded and celebrated by mortals, no matter how selfish and shameless they are!

It’s the story of a demonic cultivator who is willing to sacrifice everything for the sake of immortality.

A thousand years of impermanence, killing endlessly. Fame is the same as dirt, disdaining the ridicule of the virtuous.

His sword cuts through iron and kills people when he’s furious. While consuming his share of wine, he laughed at ghosts and gods.

Killing and fighting on earth and in heaven, terrifying the underworld. The act of killing one is a crime, but the act of slaughtering ten thousand is heroism.

You are a hero among heroes if you have slaughtered nine million people!

Seeing through a thousand years of benevolence and righteousness, but let this life display the majestic wind. There is no love for my name, no condemnation in my heart for having killed a million people!