I’m the White Pig Nobleman, but With the Memories of My Previous Life, I’ll Raise My Little Brother 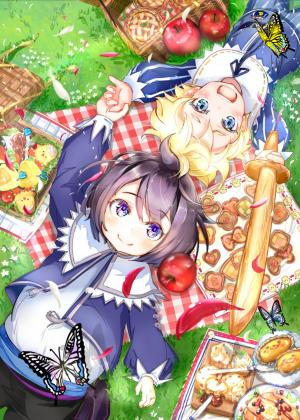 In a world where Western and Asian cultures mix together, the only son of Count Kikunoi from the Kiryuu Empire, is Houchou. His life was already over at the age of 5.

He, who was born in a corner of the country, has zero allies or useful skills in addition to being overweight.

What’s more, it seems that his brother Regulus, who suddenly appeared on his life and was presented for the Count as his brother, will kill him in the future for his right to succeed….

His only weapons, are the abilities of “cooking and sewing”, that he suddenly acquired along with the memories of his previous life as sprouted Japanese.

In the midst of all this, Houchou ends up raising his younger brother, but – “My brother is super cute, mmmh?”

“With the help of my previous life’s skills and my power as a housekeeper, I’ve been able to improve the rough life of the people living in my territory!”

“Just a small step, and we’ll lead our people and even the country to a better life.”

A fantasy of two young brothers managing their territory!