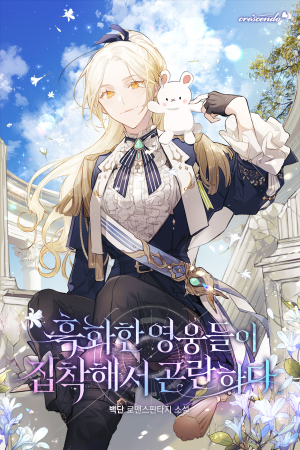 I possessed the guild master ‘Ruel’ in the game.

Fostering four heroes, defeating the final boss, and returning to reality out of the game.

Three years later, I was possessed by the same game again.

This time, it’s in the form of aristocratic Lady “Elsez”!

I was going to meet the heroes and tell them all,

They thought “Ruel” was dead, so they were living in darkness and an arbitrary life.

Besides, when I try to reveal my identity, my mouth closes.

At this rate, I’m going to be overthrown by my babies!