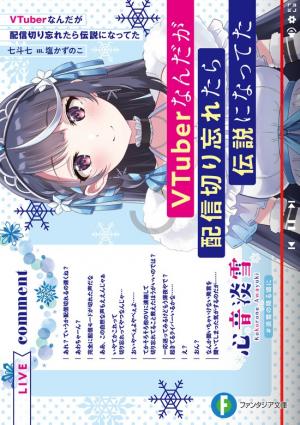 Tanaka Yuki, aka Kokorone Awayuki, was miraculously accepted for the third term of the major VTuber management company “Live On”, quit her job at the black company, and became a VTuber, which was her emotional support during her hellish days.

However, it seems that she lacks a punch, and is far behind her seniors and peers in popularity.

But one day she inadvertently forgets to turn off the stream and her true character is revealed to the world.