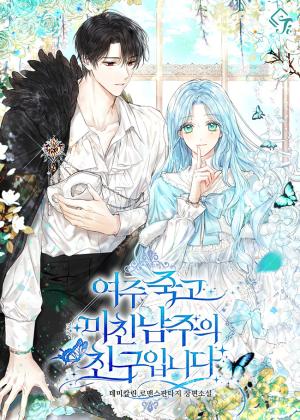 The male lead went crazy because the female lead died…… I possessed his friend.

My role is one thing.

After reviving the female protagonist,

I will guide her to the male lead then disappear.

But there was a problem.

The female lead can’t wake up.

To make sure the female lead was revived

I collected all the money from the empire.

-Gourmet of the Nation, overturn the food industry of the Empire!

-White mask, business success! Who the hell is she!

“Elschnine. What do you mean, you’re going to leave me? Do you want to see this continent fall?”

Why are those crazy eyes facing me?

Clank, the sword he was holding fell to the floor.

… Was he that happy that the female lead was going to revive?