I’m A Cool Salted Fish In The Entertainment Industry 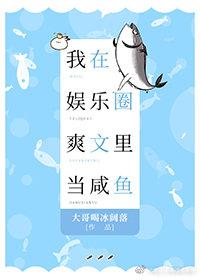 You Qiuqiu transmigrated into a book and became a cool female N number in the entertainment circle. The position is the supporting role that has no name.

In this world where people are struggling to get to the top and become a frequent visitor of hot search, looking at everyone around her who is full of ambitions, You Qiuqiu has no fluctuations in her heart and just wants to be a salted fish.

But even if she is a salted fish, in order to become a salted fish with a high quality of life, she is being forced to do business for money.

So the audience saw this scene –

You Qiuqiu sits in the shady place with her little stick in the variety show while cheering for the guests who have a hard time playing the game with their hideous faces.

When You Qiuqiu was photographed at the awards ceremony, a handsome man and beautiful woman were sitting dignified around her, but she was sleeping with her mouth open.

You Qiuqiu thinks she is most likely demand to cool down.

She just took a nap! How could she be photographed! So angry!

Then…let’s calm down. The salted fish didn’t want to waste too much brain cells. When she was forced to do business, she still has some money. There are two apartments in the city center, enough to be a charter wife.

Who knows, she is on fire.

Frequent searchers and ranked among the top.

Thousands of fans are crying and shouting, Qiuqiu, you are the cutest cub in the world, completely different from those coquettish bastards outside. MaMa (BaBa) loves you!

Give it a go. The salted fish becomes a koi?