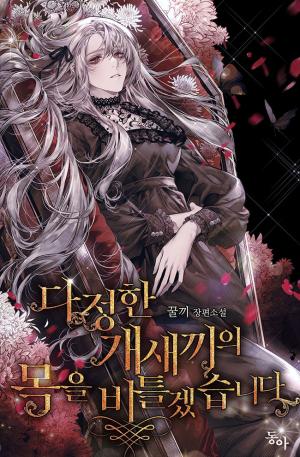 Chloe Garnet, who sacrificed everything for the man she loves, died a tragic death. Foolish Chloe realized too late. She was the bait that the man would throw at the Emperor, and he was the most beautiful son of a bit*h disguised with affection

At the age of seventeen, I was so young and immature that I couldn’t hide my growing heart.

“I’ve been in love with you for a long time.”

My body shrunk at the sight of him slowly holding my chin and looking through my body, but I took courage and took a step closer to him.

“Love. So you have already reached that age.”

His fingertips swept down my face. Despite the unexpected confession, he was overly relaxed and skillful.

“I like you too, Chloe. I love you. How can I not be happy with you, who will bring me my brother’s neck in the future?”

The man whom I loved, was so sweet that he was even more cruel.

“Have the emperor’s child.”

When I opened my eyes again, he looked down at me with a pale face.

He was the man who trampled on my love and broke me.