I’ll Take The Dukedom From Today 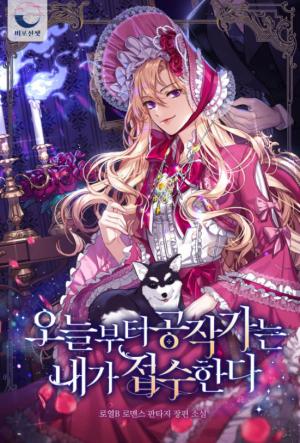 Lucia Arpegio was the most powerful wizard ever.

However, she abandoned all of her power and duty because she was a terribly greedy woman, and ran away at night with her best-looking gardener.

And their daughter is me!

Strong mana is the evidence of noble blood and pride.

But in the Empire, the wizard’s blood is gradually disappearing.

With such symptoms, Duke Arpegio, the head of the four great dukes of the Empire, has suggested that I could become a member of the Arpegios if I could prove my powerful mana.

But I can’t please other nobles with the common blood flowing in me. Ignoring, cold, contempt, bullying… I aimed for a life of being a noble spirit and to live leisurely, but the path is difficult.

…Isn’t it too much where my life is threatened?

It was you who reached me when I wanted to live a nice and quiet life.

From now on, I will take this duke!