I’ll Make It a Bad Ending Like a Villain 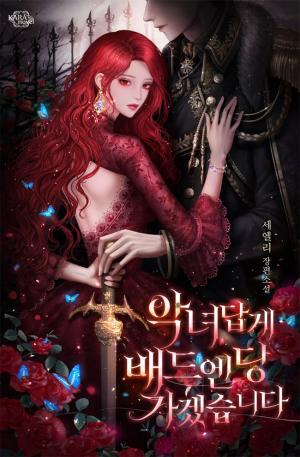 “Please send me to that swordsmanship academy.”

The air around them quieted for a moment at the sound of Filina’s voice.

Laura, who was standing beside her, looked at Filina with an astonished face.

Gabriel stared at her with a stern expression, and then quickly gave a twisted laugh.

Filina, who raised the corner of her lips slightly as if she knew he would say that, whispered calmly.

I had transmigrated into an R19 harem novel and possessed a villain.

Filina Debussy, who chose to do evil deeds and ended up being executed…

I managed to escape death, but before I knew it, I had already faced four deaths and was repeating my fifth life.

So I decided to make a different choice this time.

“I’ve been running away to avoid death, let’s face it proudly this time.”

One way or the other, I was going to live a life of my own, no matter what.

I certainly was, but….

The Crown Prince, who had been showing a cold stare and a cold reaction, became impatient.

The mastermind who hid his painful past gave me a mysterious look.

Tired of repeating my life, I just want to change the ending of death.

Even if it ends up killing people.