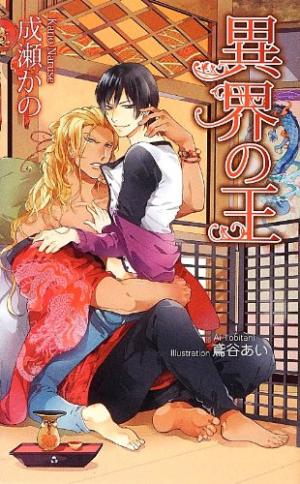 When he awoke, Ouki had been given as a bride to Toushuu, the king of Dahlia. Unwittingly hurled into an alternate dimension, even while Ouki is disgruntled at being defined as a bride, he can’t help but be drawn to Toushuu, whose beautiful face and body are just his type. On the other hand, Toushuu too is resentful of being forced by the Oracle to marry the man Ouki. While Ouki’s wild personality throws the king into confusion, he finds himself becoming completely absorbed in that body. What will be the fate of the founder of Shin and the couple chosen by the god of Dahlia?!