If You Fall In Love With A Terminally Ill Princess 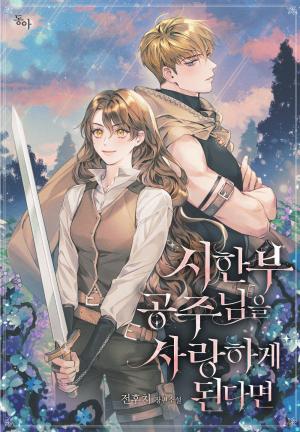 Kirona has Tetra fever, a disease that causes her to endure five fevers and cause her death after the fifth. After her second episode, she decides to hide her identity as the princess and heads towards the East, where it is infested with monsters, to find ‘Nadaline’s Flower’.

In the middle of Nabimi Forest, the most dangerous part of the monster zone, Kirona rescues a mercenary from Basilisk. She wakes up, tied…

“Is it an Eastern tradition to hold a knife at the neck of the benefactor who saved your life?”

“Ah, you know. In the East, if you aren’t the killer, you are the killed.”

Kirona had taken a liking to Jade Eclipse, the youngest son of the Eclipse family, who was ruined by love. Because he seemed to do anything for money.

“How much debt do I have left?”

“If I release you, will you repay your debt?” Kirona asked, smiling at Jade.

​Never in his dreams did he imagine the Princess of the Empire would appear before his eyes.

“You’re in luck, kidnapper. Where else in the Empire can you find an employer like me?”