I Will Leisurely Become Healer in Another World 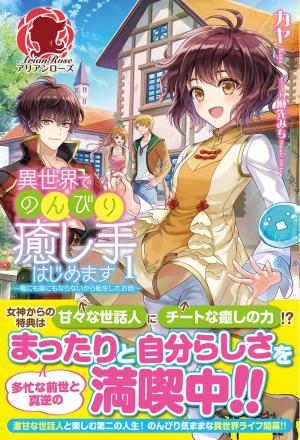 Around the age of thirty, the officer worker Shouko suddenly gets into an accident on her way home and reincarnates into a parallel universe. When she reincarnates, a goddess gives her the “power of healing” and caretakers that will look after her until she is able to become independent.

However, she restarts in the form of a 10-year-old…

Prior to her reincarnation, Shouko who opened her eyes on the verge of death was picked up by a handsome hunter named Falco. Shouko instinctively knew that Falco is one of the promised caretakers… but there’s trouble.

Hunting slimes, harvesting herbs, and training to be a healer: Shouko then decides to live her second life with the overprotective and soft Falco.