I Will Become the Queen’s Doormat 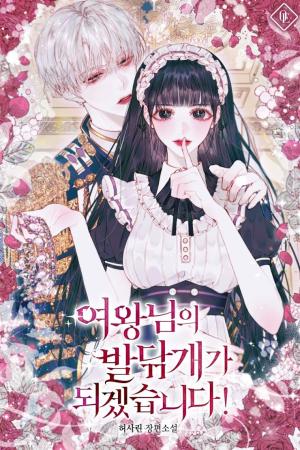 Will I transmigrate if I binge-read web novels for a year?

Yes, I will. It just happened right now! But, main character or villain, being a supporting character would also be a good thing.

She became a supporting maid for an unnamed supporting extra, and a maidservant working under the direct maid of the Princess Rose Thorns.

“…I memorized until the end of the novel, but I can’t do anything?”

Having no idea herself, she was humming ‘I want to be the Queen’s doormat’ one day while mopping.

“Would you like to stay by my side and have you sing and dance? Wouldn’t that be better than a doormat?”

… Somehow, I became the Princess’ play for amusement?

“Alright, let’s do our best to help the Princess! I will save her when the unlucky Princess Trillinia harasses the Princess, and let her walk on the flowery path. No need to worry about the other Princes, you can just push them away. Let’s just help the Second Prince and not die!”

It has been a long time since I felt the will to live.

“It would be nice if I could meet my favorite character, the Fifth Prince. Hehe.”

Until the day when she won’t have to succumb to the trifling possession matters and be with her favorite Fifth Prince!