I Was Sent to a Wolf Den 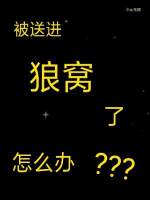 The wolf king lost his leadership of the pack in a battle against another wolf and was brought into a zoo for treatment.

Breeder A: “Since the wolf king left the wolf pack, it did not drink water and refused treatment. If it goes on like this it would reach a dead end. Should we send it back to the wolves?”

Breeder B: “It has severely torn muscles in its abdomen and back, and its hind legs almost got bitten off. How can it recover faster if it is returned to the wolves?

Breeder C: “I think this wolf king mainly has a psychological issue. Should we find it a companion?”

Breeder D: “I think it’s a great idea. The female wolves are too cruel. Give it a try with a dog first.”

Little dog was forced into the wolf’s den, “OMG, a real wolf, it’s going to kill me!”