I Was Pregnant After Divorce 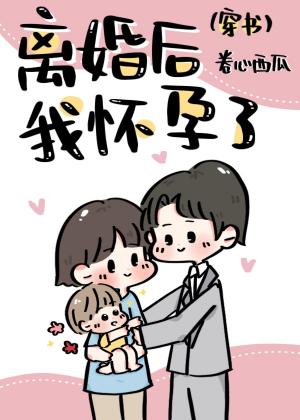 Lin Zhixia transmigrates into a novel, unaware that he is now the vicious cannon fodder who slagged the protagonist, Luo Qin. Luo Qin, the cannon fodder’s husband and male lead, was cold to Lin Zhixia, not caring if he lived or died, making his life miserable. Fine then! He’ll give the male lead what he wants.

No matter what Lin Zhixia did, it wasn’t enough. His husband was convinced he had sinister motives.

Lin Zhixia made a decision, packed his bags and slapped Luo Qin with divorce papers!

He took nothing with him when he left, only the previous owners bad reputation. He was hoping to make a fresh start but a month later, Lin Zhixia found out he was pregnant!

After the divorce, Lin Zhixia focused on work and taking care of his son. After four years of peace, Luo Qin, the indifferent ex-husband, suddenly appeared again to eye his little cub!

Lin Zhixia tried to win the fight against Luo Qin but, in the end, was forced to take his little son back to the Luo family home.

Soon he discovered that Luo Qin seemed to be not quite right.

When the Luo family began to target Lin Zhixia again, Luo Qin (faceless): “Those who don’t respect my wife can get out.”

Luo Qin four years ago: “Lin Zhixia is so annoying.”

Luo Qin four years later: “My wife just wants to run out of the house every day. I’m so sad and lonely.