I Was a Man Before Reincarnating, So I Refuse a Reverse Harem 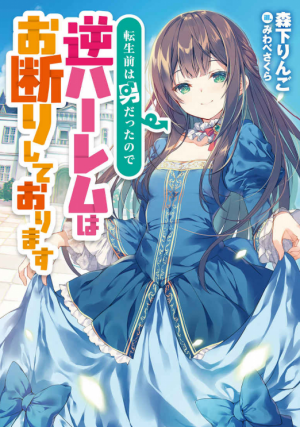 —because I was beautiful girl when I reincarnated, I was convinced that I was a winner in life.

By prioritizing the life of his best friend during a maritime disaster, the soul of a young man who lost his life was reborn as the Baroness Sophie Linier in another world.

At the age of six, Sophie began to remember her past life.

「In this world I’ve been born as a cute girl, a winner! Okay, I’ll live as the most perfect and lovely baroness!」

Unfortunately even if she says that, the personality she weaves for herself will eventually fall off. For the most part it is a comedy and occasionally serious.