I Wanted To Enjoy a Slow Life While Exploring the Territory With a Secret Gift [Craft Skill], but I Was Intentionally Banished to the Frontier by Pretending To Be Incompetent 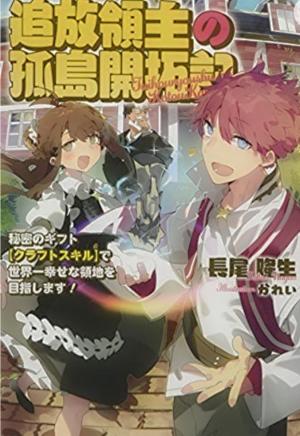 Rest was born the eldest son of the Count family in a powerful kingdom.He was forced to study various things necessary for aristocratic society to succeed him, saying, “Because he is the eldest son,” and he wanted to escape from this position by being fed up with such education and the world of aristocrats.

and Rest took advantage of his stepmother, who had begun secretly to succeed his half-brother as the heir and Rest was expelled from the Count’s house as he had hoped.He planned to live a slow life in remote territory with his S-grade gift [craft skills], but it was the last undeveloped giant island what he was given.He began to develop a territory to live leisurely with his subjects, but the island, which was isolated from the outside world, was surprisingly free from boredom.