I Want to Fall in Love After Getting Reincarnated as the Heroine on the Verge of a Bad Ending, but My OP Older Brother Won’t Leave Me Alone!? 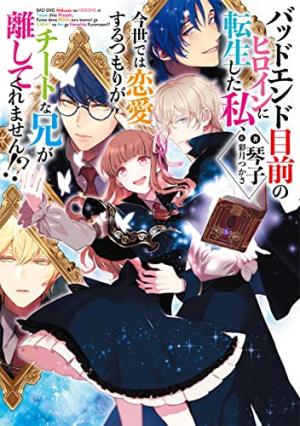 One day, Reine found herself reincarnated as Rene, the heroine of a grinding otome game she dropped in the past.

Just when she thought she was about to start her glittering life as a heroine, she was told that Rene was a victim of school bullying, which caused her to jump down the stairs. Um, that glittering life… isn’t it over before it even begins?

What awaited Rene was a magic academy with a caste system based on grades and sticky events from the shitty game. Moreover, the current Rene was an F-rank with no human rights. She was already in a deadlock.

That being said, this was, after all, a grinding game. As long as she put in the effort, her status would definitely rise up. As long as she kept talking with the capture targets, their favorability should steadily rise up.

Taking advantage of the strong mentality she had honed in her previous life of never-ending studying and work, she wanted to fully enjoy her school life! And also fall in love with a handsome man!

However, her school life became extremely chaotic due to her older brother whose thoughts she could never understand, the capture targets with explosive personalities, and the unexpected route she accidentally entered.

This is a colorful romance comedy of such Rene.