I Want to be a Bad Daughter-in-Law 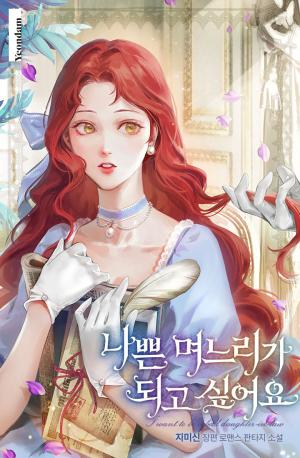 Edel Azian was caught in Vanerin’s trap, the two-faced princess.

On the day Edel is falsely accused of attempted murder, Edel’s mother was killed by demon lord.

To reveal the identity of the witch and avenge Vanerin, the princess, she asks Cerulean Luke, the “youngest lore hunter,” to marry her under the pretext of contract.

“My specialty is the conflict among high-ranking officials! Please marry me. If I became a very villainous daughter-in-law, I will be able to bully my mother-in-law.”

While I was thinking about something else, my mother-in-law’s loyalist, who had been verbally abusing me, shouted at my face filled with redness.

“Are you listening to me?”

Honestly, I didn’t listen. I replied with a smile.

“You mean eat a lot and take care of your health?”