I Used Non-humans as Actors for Those Years 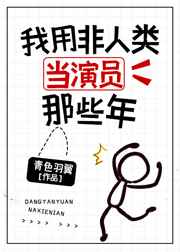 Question: What is it like for non-humans to watch thrillers?

A: Shuangwen! (refreshing with lots of face slapping)

Newcomer director Zhong Jiudao rented a famous murder house to shoot a scene in order to save money. The mansion has been uninhabited for many years, but there are many ghosts before the founding of the Country. They gathered behind Zhong Jiudao, wanting to teach a lesson to this human who was fighting with them for territory. Who knew that Zhong Jiudao unhurriedly took out the script and read it to the residents of the murderous house.

Ghosts: Huh? Substitute oneself for the ghost character in the script, and it is quite cool!

Zhong Jiudao put away the script and asked the group of ghosts: Are you interested in making a movie? Actors will have money burned for them.

Ghosts: What type of film is it?

The ghosts raised their hands one after another: I, I want to shoot!

Eighteen-line transparent Luo Huai, who has just graduated from film and television school, takes over a supporting role in a horror movie. Although the crew is a little poor, the director has a good personality, the staff is kind, and the seniors who play the ghosts are good and enthusiastic and will patiently guide him to shoot.

Ghost Senior: You can’t do this, you want to act real, you are not real, how can you trick those humans into your own territory?

Ghost Senior: Wrong, it is the truth that can put the audience into your acting skills.

Luo: Thank you seniors! The seniors are so nice!