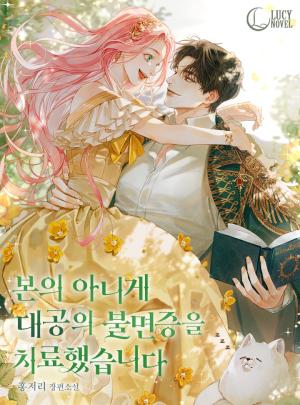 I possessed an extra young lady, Adelia Blaise, who did not appear in the original novel.

The male lead, who was called madman due to his severe insomnia, was destined to be saved by the female lead, the saint.

Since this had nothing to do with me, I was just planning to live by publishing a book.

The male lead suddenly appeared before me.

Of all things, holding the book that I had published with him as the subject.

Making all the excuses, I even read the book to prove my innocence.

“You’ll meet a woman who’s much more benevolent and kinder than me, and she’ll save you…!”

The corners of his lips, which had been moving leisurely, twisted and rose.

“Okay, then let’s do this. The moment I leave this room, I’ll kill the woman you said is more benevolent and kinder than you.”

“Bring as many people as you want.”

“Because there’s no one like you in this world.”

I was astonished to hear the male lead say that he would kill the heroine of the novel with his own mouth.

…I think I twisted the original story.