I Took Home a Mummy 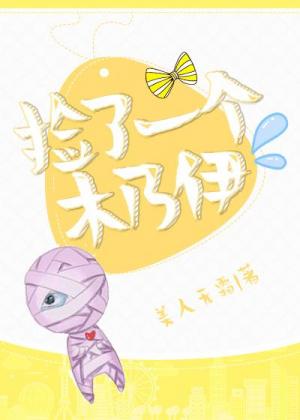 Ning Mitang never thought that she would get involved with a mummy.

Before he became her boyfriend:

The mummy held on to the end of Ning Mi Tang’s shirt and his slender and pale fingers slowly tightened.

Ning Mi Tang turned her head and glared at him fiercely, “I told you, do not follow me! You are being very annoying!”

After he became her boyfriend:

The temperature in the heated room began to rise.

“Tang Tang, wait a minute, these pants are a bit hard to take off.”

Mo Huai’s dark eyes were wet and unfocused. He glanced at Ning Mi Tang pleadingly afraid that she would mind his slow pace.

Ning Mi Tang reassured him softly, “Take it slow. A Huai, what are you being so anxious for?”

Mo Huai tugged hard on the trouser band, “Of course I am anxious.” He replied bashfully, “It’s the first time that Tang Tang wants to touch…touch me. I am very happy.”