I Stole the Heroine’s First Love 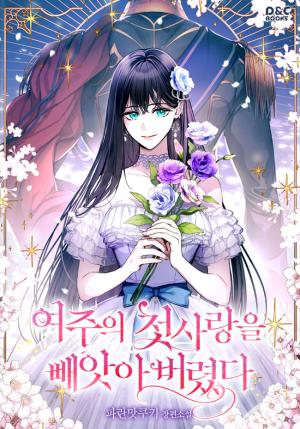 I possessed an extra in a reverse harem game.

A moderately pretty friend, ‘she’, that made the ordinary female protagonist shine.

The game reached the ending unharmed, and the heroine married one of her male protagonists, the Archduke of the North.

And I got engaged to one of the poorly chosen men for the family.

I thought I could live a normal life like that.

“After all, you can’t replace Titi.”

Until my fiance declared that he wanted to be the mistress of the heroine who became a married woman.

The new engagement was not easy.

Most of the normal men were the male candidates, and all of them are in the heroine’s fishing ground.

I proposed to her first love, who was the only man who refused the acts of the heroine for my acts of revenge and curiosity.

“What is your answer?”

“Alright, I’ll do it. That relationship.”

All of this is my revenge against Tatiana.