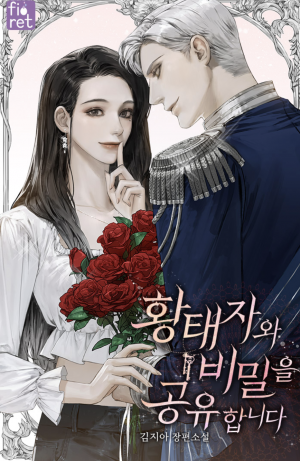 At a royal party, an unbelievably handsome crown prince, who I never met before, approached me and acted as if he knew me.

“I heard that the Lubiche family had suddenly adopted an Asian-looking girl, so I wasn’t sure. But to think that it was you. I wasn’t crazy. I wasn’t losing my mind.”

Tears poured out of his eyes as he said this; and as I continued to listen, I realized that he was my boss from South Korea!

Ever since then, the crown prince, nicknamed the empire’s madman—no, my ex-boss—called me to the palace whenever he could.

“Tell me about Korea.”

“My memory is a bit foggy since it’s been five years.”

“Just tell me. It’s been twenty years for me.”

The time gap was that large? I stared at his face again in surprise and found him tearing up again. Why does he cry so easily?

Then, he placed his head on my palm and wailed, putting me in an uncomfortable position. It was even more so, because we were in the middle of dining; and in front of us, the empress and emperor were staring at us, as if they were having a hard time swallowing their food.