I Reincarnated and Became the Daughter of a Dragon?! 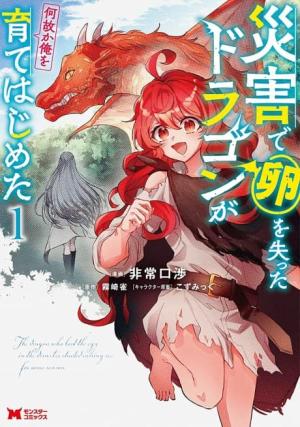 The guy who served as an assistant for an adventurer party, ■■■■■, was betrayed by his party members on the dragon-infested Mt. Kuguse. Mortally wounded, he wakes up later in the nest of the Red Dragon, Kafal, who lost its eggs in the disaster. He has become a girl called Lucella, having been bestowed the name of the dragon’s dead daughter, after losing both his memories and his name. It seems like Kafal’s started to raise him as its own daughter…? A unique parent-child tale of how one dragon and one human’s strange fates bring them together.