I Regard You as Enemies, Yet You’re All After My Heart! 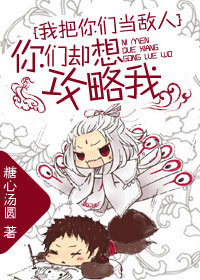 Chu WuQing was a small-time evil boss in a web novel targeted at male audiences. His beauty was otherworldly, yet shadowed by his arrogance and malice. In the end, the male lead stole his fiance from him, and Chu Wuqing suffered a cruel death.

After being reborn, he found out that he was just cannon fodder in a novel, fated to die… So he decided to give even less of a damn; bullying the weak, taking his revenge on his enemies, going wild and doing whatever the hell he wanted.

But what was scary was… he had been reborn into a BL fanfiction!

I regard you as my enemies, yet you all want to top me!